It's not necessarily his incredible sensitivity to the world around him and his gift for finding the meaning in the mundane as evidenced in his Proust-like opus, My Struggle. It's not his celebrity, although fame comes to him reluctantly. It's not his disheveled yet so very cool writing studio, strewn with coffee mugs, ashtrays overflowing with cigarette butts, the layers of books, a drum set, a guitar leaning on hard copies of his auto-fiction sensation. And it's not his hair, although he has great hair. 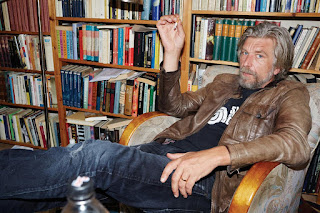 I like Karl Ove Knausgaard because he is an artist of full heart, clear insight, and he may be the most like American writer Jack Kerouac in his approach to the craft that one has seen since Kerouac himself. Different, yes. But the same.

Knausgaard's writing—at least that found in My Struggle—has been largely linked to Marcel Proust and the masterpiece, Remembrance of Things Past, a novel in seven volumes. Yes, a novel. Fiction. But so much has been said and written about its auto-fiction approach—autobiography told as fiction. The same approach employed by Knausgaard in My Struggle. This literary connection has merit. But in a recent NPR interview aired on the eve of the publication of Knausgaard's new work—Autumn and its subsequent three volumes entitled Winter, Spring, and Summer—the Norwegian writer likened his writing to that of a watercolorist, maybe in the spirit of Kerouac and less like Proust? 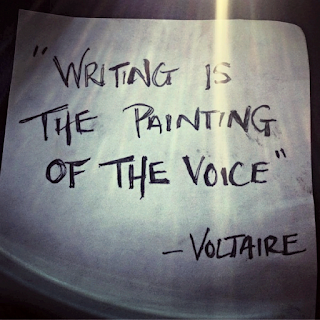 "...it is the immediacy of the medium and the way the pigment responds on your paper to your personal emotional response to your subject. It is as direct of a medium as can be, there can't be any hesitancy while you are painting. You have to decide where you will place each brushstroke of color and then let it do its magic."

Knausgaard's new volumes were not edited. In that same NPR broadcast, he insisted this was on purpose. He wrote his words and let them be, certain that he carefully chose the right words (his paint) at the very moment he was writing them and let them be exactly what they were intended to be at that very instant. Writing in watercolor, one might say; writing without revision.

Kerouac did the same thing, albeit, with less discipline, some would argue. Nevertheless, his work was that of a watercolorist. Jazz-like and free form, but still watercolor in that it was created in one take, to use the vocabulary of a studio musician. There was a certain fearlessness in Kerouac's writing. Knausgaard certainly shows the same in My Struggle. Less so in Autumn. But fearlessness is not a requirement for working in watercolor; only precision. And the precision is apparent. Read the piece entitled "Twilight" in Autumn if you have any doubts. 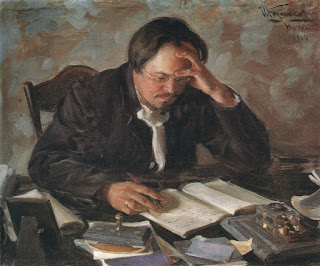 To paint in watercolor and to offer a work worth admiring, one must be a master. The same with writing in watercolor. Mastery is essential. Creating anything in one take requires it. Otherwise, the writing—the painting, the music—is an artistic mess. But yet our natural storytelling instinct is to go forward with just "one take." Knausgaard writes with clarity and exactness without second regard. Therein lies his mastery but also his humanness. He understands that there is no other visual form like watercolor, singular in its beauty and alone in its execution. And no more honest way to tell a more human story, one that is less literary in the traditional sense yet literary nonetheless, devoid of traditional plot and literary tools and more like real life. Knausgaard is that kind of writer, saying what he wants to say, painting in words that he hopes to paint with both emotional spontaneity and accuracy in a single brushstroke.

How can anyone not find that marvelous?

Writing in the Dark

I've been thinking a good deal about writing in the dark. Not writing inside my writing shed with the lights off at 3 o'clock in the morning, but instead writing without knowing where I am going, where the story is leading, uncertain of what I am trying to say. 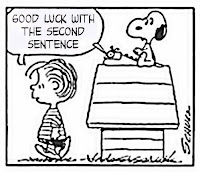 Writers talk about the mysteries of writing, especially fiction, a strange and powerful force that leads you to the story, that propels you to...something. Characters come alive on their own. They take on their own reality. And if it's memoir you are writing, it's that spooky moment when, as you write, the clarity comes out of the shadows. You finally know what you are trying to convey, a relative truth. Before then, you are in the dark and only when the ghostly essence appears does your writing start to come into its own light.

Norman Mailer used to call it "the spooky art." "You never know," he wrote, "where those words are coming from." Others call this spookiness or the mystery of writing—"pantsing." The urban dictionary defines pantsing as "yanking down someone's pants." But in the art of writing, "pantsing" is the act of flying by the seat. It's the opposite of plotting, planning, or outlining. 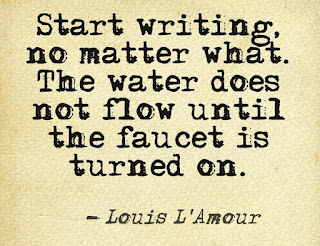 I have never plotted a story. Don't think I ever will. So, this makes me a "pantser." I write and let the story take me where it will. Inevitably this approach needs an enormous amount of reworking and rewriting for the story to make sense, to have a cohesive presence. But "writing in the dark" is the purest form of the art. This is true for fiction but it is most true—I believe—when writing memoir or personal essays. Joan Didion said, "I write entirely to find out what I'm thinking, what I'm looking at, what I see and what is means. What I want and what I fear." Joan is a bit of a "pantser." She writes in the dark. And she may be the 20th century's greatest essayist.

I'm currently working on a project that I have no idea where it will take me. Yes, I have a rough focus and I'm taking daily notes and jotting down thoughts many times a day. But what it will become at the end is a mystery. What I will eventually write remains in the darkness. At some point, I will gather my notes, find what rises to the surface, and start writing...start pantsing...begin my work in the dark and hope for the light. 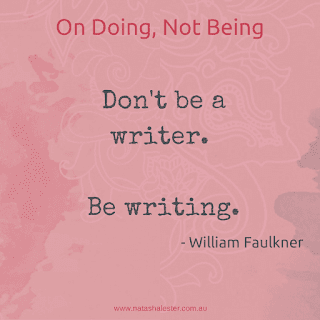 
August is here. For so many this triggers an awful feeling of woe. Summer is coming to an end and fall is lurking. Truth is, there's plenty of summer left. But August brings with it thoughts of another year of school, returning to classes, lost vacation time, and the dread of squandered seasonal opportunities. Still, there are days remaining, precious days...time for walks in the park, canoe trips, golf, a swim or two, a rod in the water, a road trip, and, yes, time to read.

Here are the five books I'm concentrating on in the last days of summer. Old and new. 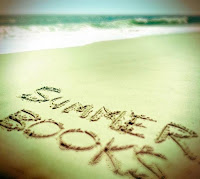 Travels with Charley—John Steinbeck: This classic is worth rereading many times over. Certainly Steinbeck was a master writer but he was also a master observer. This cross-country journey in 1960 is teeming with spot-on insight and remains keenly relevant more than fifty years later. Be sure to reread the paragraphs on "Lonesome Harry" at the end of Part-Two. They are brilliant.

The One Inside—Sam Shepard: The great artist's death is fresh. But I started reading his last manuscript several weeks before he left this world. Yes, like much of Shepard's work, the book is otherworldly, challenging, spiritual, odd with a Twin Peaks sensibility, and yet marvelously insightful of the human condition. If it starts to move out of your comfort zone, I urge you to stay with it. It's worth it.

So Much Blue—Percival Everett: I'm not sure why Everett is not on the top of the bestseller list every single day. Well, I actually believe I know why, but that's for another blog post. This novel is absolutely perfect. I am not one who quickly puts books in the "perfect" category but his story of artistry, love, death, danger, and human longing is as good as any story you will ever read.

The Zen Commandments—Dean Sluyter: I have always been interested in Zen philosophy but I've  struggled to immerse myself in the discipline. Much of what I read is either too simplified or far too complex. Believe me, I've tried. I've wondered many times if I am simply incapable of fully understanding, reaping the benefits. That was until I started reading this book. Sluyter quotes Bob Dylan, William Shakespeare, the great rock critic Lester Bangs, and Aristotle. How can a freshman student of Zen go wrong? 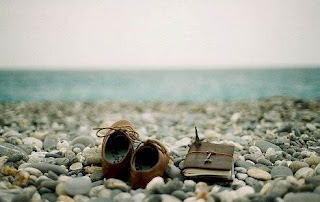 Walking—Henry David Thoreau: This was originally an essay in the Atlantic Monthly, taken from a lecture Thoreau gave around 1850. It remains a classic for the environmental movement, linking man and nature as profound partners. But what I find most endearing about this short, tiny book is how it promotes the art of movement, how it urges man to get out and see what is around him, to saunter and wander. Not to hurry through life; not to rush from one event or the next. It encourages and champions what many of us would categorize as "wasting time." Take a walk, Thoreau says, because it will replenish you.

The days are ticking away. Go read.